For many young boys and girls their first innocent crush is on a  school teacher.  I was  no different except my crush was on the Hal Roach Studio celluloid princess, Miss Crabtree.   Miss Crabtree was actually actress June Marlowe, a former model whose acting career began in silent films. In 1925, she appeared opposite Rin Tin Tin in two films, “Below the Line” and “Clash of the Wolves.” That same year she had a role in the film version of Willa Cathers novel, “The Lost Lady”,  and in 1926 June had the role of Trusia opposite John Barrymore in “Don Juan.”  Other silent films followed but with the advent of sound, June’s career changed course.

June was one of  the WAMPAS Baby Stars  of 1925. This was an award given to starlets who showed promise. In other years, winners  included Clara Bow, Loretta Young, Joan Crawford and Ginger Rogers.

In 1930, June appeared as herself in the Charley Chase comedy “Fast Work”, her first sound film and her first for the Hal Roach studios. That same year, she would be reunited with her canine co-star Rin Tin Tin in “The Lone Defender.”

The year 1930 would continue to be a busy year for June as she appeared for the first time in what would turn out to be her most memorable role, that of the sweet, attractive, heart throbbing Miss Crabtree. “Teacher’s Pet” was her first Our Gang film.  June, a brunette, wore a wig in her role as Miss Crabtree which the filmmakers felt complemented Jackie Cooper’s golden locks. In all, she made six Our Gang comedies,  some of the best in the series.  They included, “School’s Out” and “Love Business,” both with Jackie Cooper who she became friends with on and off the screen. As you watch their scenes together you can feel a real connection going on between them.  Jackie left the Our Gang series around this time however, June made three more films as the charming  Miss Crabtree, “Little Daddy”, “Shiver My Timbers” and “Readin’ and Writin’.”   During this period, June also had a small part in Laurel and Hardy’s first feature, “Pardon Us.”

One of my favorite Miss Crabtree scenes is in “School’s Out” when she attempts to give the kids a history lesson and their responses all, unknowingly, come from a joke book.  She asked Farina, “What was Abraham Lincoln Gettysburg Address” and he replies knowingly, “1644 South Main Street.”   Frustrated, she asked Jackie, “Who was the Hunchback of Notre Dame?” and Jackie responds “Lon Chaney.”  With each question came another wrong answer and we see her facial expression go from surprise to shock to frustration and finally she is  livid.  It’s a beautifully done scene and funny.

Marlowe’s career abruptly ended in 1932 when she married and retired from the movies. Little did she realize at the time the role of Miss Crabtree was her seminal role and would fuel the dreams of many prepubescent boys for multiple generations to come. 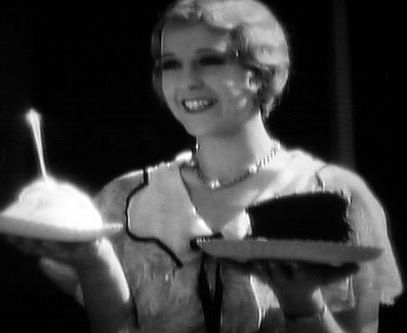 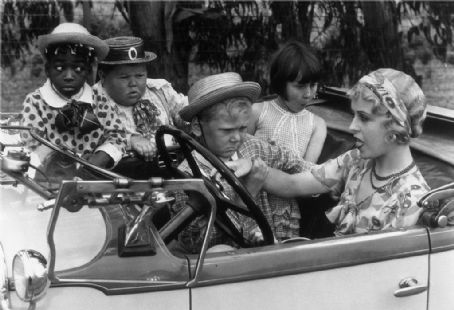 June on the cover of Moving Picture Stories Magazine…….talented….beautiful….. 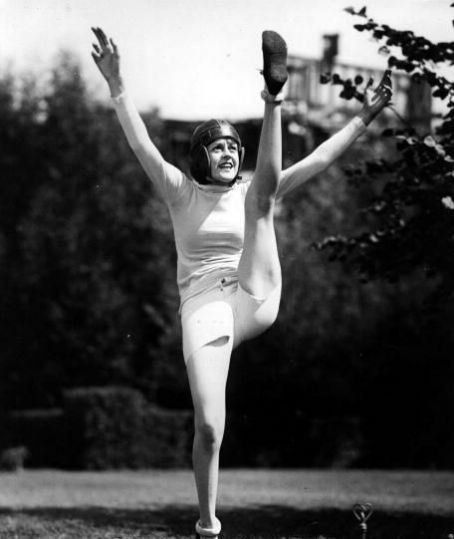 44 comments on “For the Love of Miss Crabtree”