I love intelligent funny writing of which Larry Gelbart was a master, one of the most versatile and gifted comedy writers to grace the film, theater and TV world. Gelbart was one of the Comedic Knights of the Writers Table for the classic “Your Show of Shows” along with its follow-up “Caesar’s Hour”, which included Neil Simon, Danny Simon, Mel Brooks, Carl Reiner, Woody Allen and Mel Tolkin.  Neil Simon would later on recreate the insanity of this era in his play “Laughter on the 23rd Floor.” 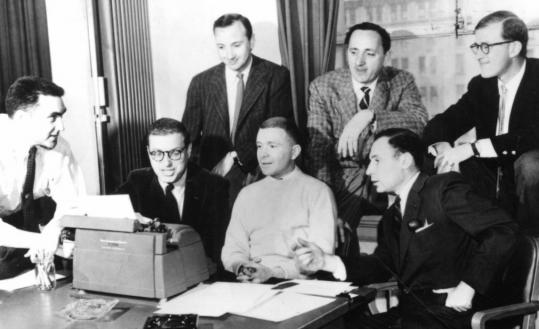 The early 1970’s was a creative time for television comedy, “The Mary Tyler Moore Show”, “All in the Family” and “M*A*S*H” brought a new level of sophistication and controversy into our homes. Topics once considered verboten for family viewing were now not only out in the open but also were done with stylish and clever wit.

Gelbart began as a teenager writing for Danny Thomas’ radio show. From there he went on to write for Bob Hope, Jack Parr, Red Buttons and others. However for Gelbart, this was only the beginning. Ahead, were films, Broadway, more TV and a memoir.

On Broadway, he co-wrote “A Funny Thing Happened on the Way to the Forum” which was directed by the legendary George Abbott with words and music by Stephen Sondheim and starred Zero Mostel, Jack Gilford and John Carradine. Songs included “Comedy Tonight” and “Everybody Ought to Have a Maid.” The musical went on to win six Tony Awards including Best Musical and Best Book. In 1966, it was turned into a film with Mostel and Gilford recreating their stage roles. Phil Silvers, who turned down a role in the play joined the cast along with Buster Keaton. The film was directed by Richard Lester. Gelbart’s other theater works include “Sly Fox”, based on Ben Jonson’s “Volpone”, “Mastergate”, a political satire and “City of Angels” a musical comedy with music by Cy Coleman. 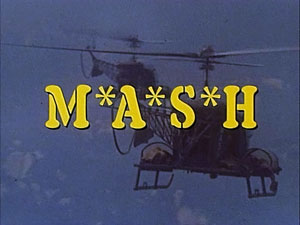 Gelbart came back to television in the early1970’s as developer and creator of the TV version of Robert Altman’s anti-war film “MASH” that itself was based on a book by Richard Hooker. The show featured Alan Alda as “Hawkeye” Pierce. Co-stars included Mike Farrell, Wayne Rogers, MacLean Stevenson, Loretta Swit, and Harry Morgan. M*A*S*H was about the wartime adventures of a Mobile Army Surgical Hospital unit. Though the story took place during the Korean conflict in the 1950’s the film resonated with modern day audiences as it made subtle references to the then current Vietnam War. In a New York Times interview Gelbart described “M*A*S*H” as “Marx Brothers superimposed on ‘All’s Quiet on the Western Front.’  Co-producer Gene Reynolds said “Larry not only had the wit and the jokes, he had a point of view. He not only had a ribald spirit,  he had the sensibility to the premise – the wastefulness of war.”  The show ran for 11 years.

Other TV work included less successful series like the “M*A*S*H” sequel “After MASH” and “United States.” He also wrote films for HBO like “Barbarian’s at the Gate” in 1993 about the takeover of the R.J. Nabisco Corporation, based on a bestselling book. There was also “Weapons of Mass Destruction” and “Starring PanchoVilla as Himself.”

In film, Gelbart wrote or co-wrote such scripts as “The Wrong Box” (1966), “Oh God” directed by long time buddy Carl Reiner, “Movie, Movie” with George C. Scott who also starred in Gelbart’s play “SlyFox.” (1978), “Blame it on Rio” with Michael Caine and a young Demi Moore and “Tootsie” (1982). He was Oscar nominated for both “Oh God” and “Tootsie.”