Welcome to the third annual Twenty Four Frames Top Ten List of Classic Films Watched… For The First Time. In 2012, more than ever the list turned out to have an international flavor with only three films from the U.S. making the top 10. Three films from Italy also made the list as well as two from Great Britain and one each from Japan and France. The decade of the 1960’s had the most films with three. Both the 1940’s and 1950’s had two films each. The 1980’s was the most recent decade  and the 1910’s was the earliest. There are 10 honorable mentions all of which are worthy works in and of themselves and deserve to be seen. For easy access, I have provided a link to all the films watched in 2012.

Beautifully photographed (thanks to Jack Cardiff), innovative, thought provoking. emotionally moving masterpiece from Michael Powell and Michael Pressburger collectively known as The Archers.  The film is filled with drama, humor, empathy and David Niven gives one of his best performances as the pilot who cheats death. 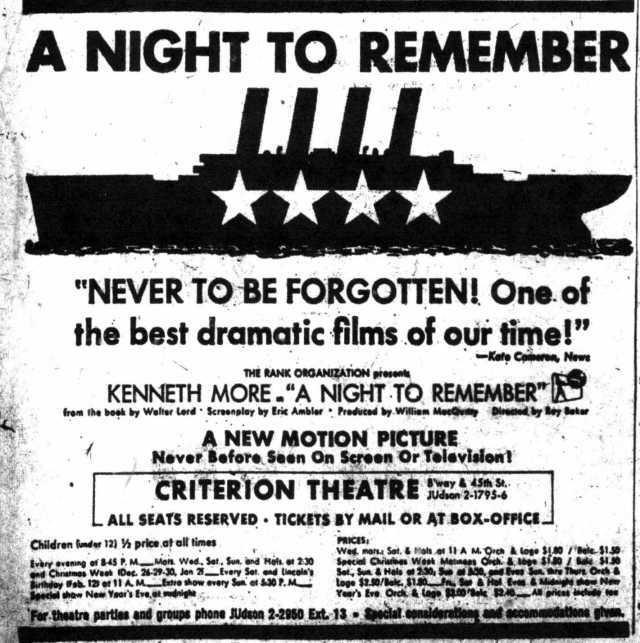 The finest film to be made on the Titanic disaster. The film brilliantly recreates the events, the class distinction prevalent in Britain at the time. Historically accurate, meticulously filmed with terrific special effects for its time. Screenplay by famed author Eric Amber.

Fabulous stunning performances from Olivia de Havilland and Montgomery Clift. de Havilland’s character, at first shy and quiet turn into her father… cold with no heart. Not that Clift’s character doesn’t get what he deserves. Ralph Richardson as the father also deserves mention. Wyler’s direction moves the film at a nice pace and the art direction is superb. Remarkable recreation of Washington Square circa 1850′s.

Former gun moll helps a young Puerto Rican kid whose family is killed when the father, an accountant for the mob, was going to squeal to the police. Gena Rowlands is excellent as the former mistress/whore of a big time hood. The young kid is a bit to “grown up” to be believable but Rowlands, a good soundtrack from Bill Conti and some nice camera work from John Cassavetes captures the seedy feel of 1980’s New York make this a treat.

Fascinating study from film director Joseph Losey. This neglected work, a complex study of bigotry and paranoia, is a nightmarish journey with shades of Hitchcockian elements and more. Extraordinary performance from Alain Delon. A film that deserves more attention!

Exquisite performance by Giulietta Masina in a beautiful film. One of the greatest, most striking and unique endings in all of cinema. Fellini took what could have been a cliché ending and turned it into a remarkable original touching moment; the silence, the one streak of mascara, her smile, all just perfect.

Superb look at class struggle, exploited textile workers fighting for better conditions in the workplace before unions. Decent pay and working conditions were  not just bestowed upon the working man because of kind caring corporations. They were fought for long and hard by unions. Something too many people forget about today. The film’s final scene is a heartbreaker. A must see! 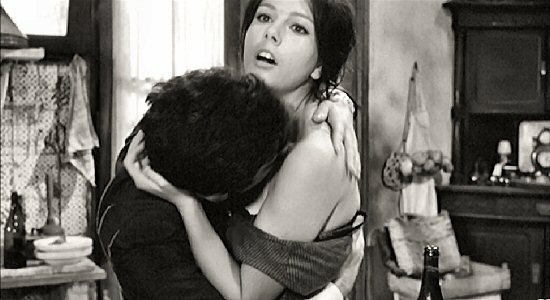 A dark satirical tale of old world Sicilian honor where the whore/madonna complex is the curse of every woman and murder and kidnapping are traditional reactions to protecting family respect. Director Pietro Germi and his writers skewer the world of Italian double standards in marriage, family values  and religion. 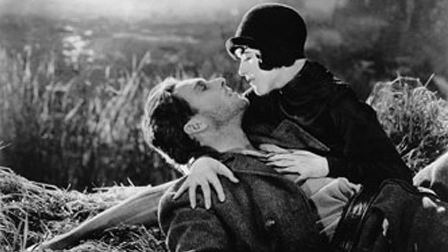 A masterpiece of silent cinema. Director F.W. Murnau created a story profoundly human yet so technically advanced  with exquisite cinematography,  way ahead of its time; superimposed shots, tracking shots and lighting all add to this visual gem. The film contains its fair share of humor, poignancy,  suspense and melodrama. Just  brilliant.

Tightly constructed, well edited, visually stunning  Kurosawa masterpiece. The westerns of John Ford, which are said to have been an influence, are clearly evident. A great film to introduce someone to Japanese cinema.

Eyes Without a Face (1960) Georges Franju