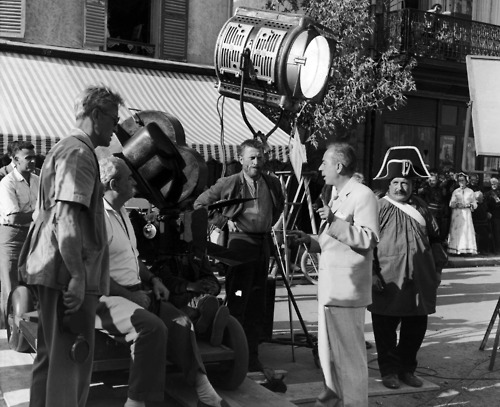 There was a second cousin of mine, my mother’s first cousin, who always fascinated me. She was different from the rest of the family and was sometimes referred to by other members as ‘the Beatnik.’  Now, you have to realize my parents and family were primarily first generation Italian-Americans born here. They did not do Beatniks. I was in my very early teens, or maybe even slightly younger, when I got to meet her. She had just moved from Greenwich Village and back to Brooklyn where she went to live with her father ( I believe he was very sick and I know she was a severe diabetic). I remember the first time we visited, many of her paintings were scattered all over the apartment. I was in awe.

Everyone would say she was a bit odd, if no other reason than she always wore black and had lived in the Village, living a different lifestyle from the little world I knew. I never really got to know her, but the fact she had the talent to paint was somewhat mysterious and fascinating to me even at that young age. I only mention this because it was my first introduction to art. Other than these few times I saw her, art in my life was not something that came into the family equation.

This Short Takes was inspired by my recent, and coincidental, viewing of four biographical films on various artists. Other than seeing my second cousin’s work,  my  introduction to art was via the movies.  The first film about artists I can remember seeing was Vincent Minnelli’s, “Lust for Life” which remains one of my favorite films and cemented the image for me that all artists were tortured, alcoholic souls, making no money, remaining broke until after their death when their genius would be recognized and millions of dollars were made for others. It’s a myth, of course, but one that still persist even today.  From there I went on to read the Irving Stone novel the film was based on, and even began to search out images of Van Gogh’s work in art books at the local library. Years later, I would actually have the opportunity to see some of Vincent’s paintings in New York’s Museum of Art as well as the Louvre in Paris and the Van Gogh Museum in Amsterdam.

There have been other films since,  John Huston’s “Moulin Rouge,” “Edvard Munch,” “The Savage Messiah,” “Frieda” and “Pollack” to name a few. There are also some obvious movies I still need to see like “Rembrandt” and “The Agony and the Ecstasy” among others.

Well, enough back story, below are some thoughts on these recent viewings and remember “Make Art, Not War.”

She flaunted the conventions of her day, living her life not according to society’s rules but what her heart  and spirit told her too. It was not proper for women to become artists back then, especially a sculptor. Marriage, children, being an appropriate member of society, that was what a woman should be. However, Camille Claudel (Isabelle Adjani) broke thoSe conventions NS instead became an artist; a student of the great Auguste Rodin (Gerald Depardieu) and eventually his lover.

In the 1988 film, directed by Bruno Nuytten, Rodin emerges as an overpowering giant in the art world, and apparently was good at self-promoting himself as well. He also had a reputation as someone constantly on the prowl for another woman to seduce, this despite the fact he had a long time lover by the name of Rose Beurut (Daniele Lebrun).

Camille, at first, works on projects assigned to her by Rodin. Meanwhile she’s continually watching him and studying him. She wonders if he and Rose are husband and wife. One day, she gives him a sculpture of a foot she made which he admires, recognizing her true talent for the first time. Soon after, they find themselves in the middle of a passionate affair.

During the more than a decade together, their relationship evolved from student/teacher, model, lovers to competitors and adversaries. Camille is supported by her loving father and brother Paul, a poet/writer, but resented by her mother.

What triggers Camille decent into madness is an open question bur she spent the last 30 years of her life in a mental institution. Isabelle Adjani give a powerfully, heartbreaking performance as Claudel for which she deservedly received an Oscar nomination. 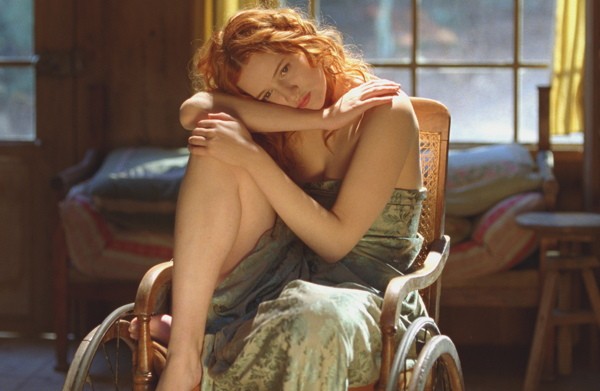 “Renoir” is a beautifully photographed look at the passing of the artistic torch from father to son. The colors are vivid and lush like the elder Renoir’s paintings. The film strolls along at a leisurely pace, which some have criticized it for, but I found it more along the lines of idyllic.

It takes place during World War One. Pierre-Auguste Renoir is in the final years of his life. He is suffering severely with rheumatoid arthritis, still, his final years were artistically productive. Young Jean Renoir has just returned home due to a wounded leg injury he incurred in the war. Both father and son become infatuated with a young model and hopeful actress named Andree who in a few years would became the younger Renoir’s wife.

Renoir’s late work was mostly nudes and Andree, from what I understand, was his last model. The elder artist had a reputation in his earlier days for using his lovers and maids as models which is hinted at in this film.

As the film states in its epilogue, Pierre-Auguste Renoir died in 1919, a few years after this story takes place. Jean returned to the military as a pilot. After the war, he would marry Andree and soon turn to filmmaking with his wife, changing her name to Catherine Hessling, as the star in many of his early silent films. That said, we only get a hint of the younger Renoir’s future potential as one of the world’s greatest filmmakers. Here he is still a young man evolving.

The film was written and directed by Gilles Bourdos and stars Michel Bouguet as the painter, Vincent Rottiers as the insecure Jean and the full bodied, sensual, full lipped Christa Theret as Andree. “Renoir” was released in 2012 but did not make to the U.S. shores until 2013 where it played only in major markets. Available on DVD.

Vincent Van Gogh’s short tragic, yet artistically filled life, has been told often,  “Lust for Life” (1956),  “Van Gogh” (1991,) and the documentary “Vincent” by Paul Cox are just a few of the films detailing the life of the master Dutch artist. In the 1994 Robert Altman’s film, “Vincent & Theo,” the director focuses on the relationship between the neurotic artist and his pragmatic art dealer brother, as well as the status quo of the audience both buyers and sellers.  Originally produced as a four hour mini-series for the BBC, based on an intelligent screenplay by Julian Mitchell, it was edited down to a slightly less than 2 ½ hour feature film. After a less than stellar decade in the 80’s, Altman kicked off the 1990’s with this strong entry that would be the first in a trio of three solid films that would follow (The Player and Short Cuts).

Altman already assumes the viewers are aware of the artist’s greatness and does not dwell on the fact. The film is as visually stunning as the Dutch master’s work. We feel like Altman and Van Gogh are visually in synch, both creating art right in front of our eyes.

The director jumps back and forth between each brother’s lives.  Vincent, the odd duck, never really learning how to conduct himself with the world outside of his insular space. Theo is the opposite. He knows how to play the game. At the gallery he works at, he knows how to give the art patrons what they want, no matter the quality, or their lack of taste in art. What both men had in common was a passion for Vincent’s art. Theo believed in Vincent’s art yet no matter how he tried he could not sell his brother’s work. 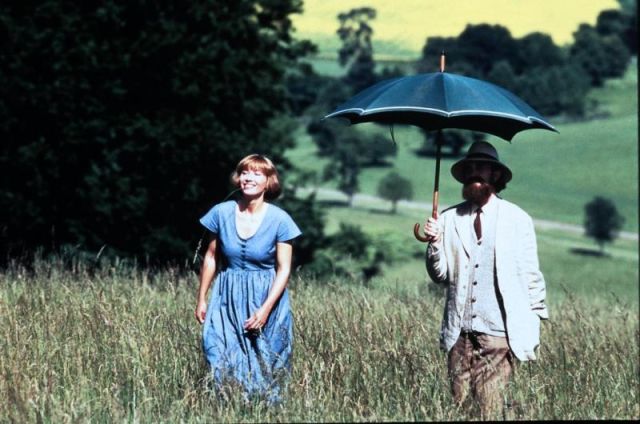 A visually beautiful film with two strong performances by Emma Thompson and Jonathan Pryce as the British painter, Dora Carrington, and author Lytton Strachey, respectively.  While both actors are fine, the film seems to be more centered on the author than the title character and Pryce’s performance does over shadow Thompson’s.

The first time Strachey’s eyes come upon Carrington, her tomboyish appearance makes him mistake her for a boy. Finding out she was a woman, he was taken back. Still there was an attraction. They became a couple, an odd couple for sure, bohemian, eccentric; they would live together for 17 years in a mostly non-sexual relationship due to Strachey’s homosexuality. Both had affairs with others, sometimes even sharing the same men.

He was a member of the Bloomsbury Group, the famed group of writers, philosophers and artists who rejected the bourgeois conventions of the day indulging in the freedom of sharing sexual partners even within their own crowd. Interestingly, despite their freedom to indulge in romantic triangles, sharing partners within, the repressed Victorian feelings buried deep down would be exposed revealing jealousies as we see in the film.

My biggest problem with the film is its structure which is divided into six “acts” making the film episodic and the pace at times slow. And the film, as I mentioned, is more about Strachey than Carrington. We do not learn much about her art. More than anything she seems to dote on the author for most of the film.

10 comments on “Short Takes: Portraits of the Artist on Film”