Back in 1973, when I first saw The Long Goodbye, at the Trans-Lux East on 3rd Avenue in Manhattan, I did not like it. My mind set at that point in time was pure Bogart. I left the theater thinking Altman really missed the boat. I never watched the film again, that is, until just a few weeks ago. It took all these years to come to the realization that it wasn’t Robert Altman who missed the boat…but yours truly.

It wasn’t Altman’s style that bothered me. Having seen some of his earlier films (M.A.S.H., McCabe and Mrs. Miller among others) I was familiar with his overlapping dialogue, cartoonish personalities, rambling storyline and his proclivity for generally breaking the rules of genres. M.A.S.H. was revolutionary at the time and remains one of the great anti-war films of all time. McCabe and Mrs. Miller broke through the conventional thought of what a western should be. John Wayne must have cringed. So what was it that bugged me about The Long Goodbye? I’m not sure. I had only read Chandler’s The Big Sleep by the time I saw the film, so I was not some Chandler purist “insulted” by what Altman was doing to his classic detective anti-hero. On film, it was Bogart who was my reference point, having not yet seen Dick Powell’s depiction.

The Long Goodbye does meander along, taking its time before you know where it’s going. That may have been part, if not all, of my problem. Admittedly, Altman is an acquired taste. Some love his films, others just hate them. I like most of his work, he’s always interesting no matter what.

That all said, this recent viewing was a completely difference experience. I found it multi layered: a satirical, witty send up, and as you would expect, a breakdown of genre conventions. Still the film keeps many of Chandler’s archetypal characters (wives stuck in loveless relationships, low-rent hoods, and cops too bored to do the job right) but he does it with a twist.

And then there is Philip Marlowe.

Altman’s Marlowe is not the hard boiled knight in 1940’s armor living by his own moral code. In fact, this Marlowe seems to lack a moral center. Altman, along with screenwriter Leigh Brackett, turned our anti-hero into a man who is out of his time. He is the complete outsider; from the law, the hoods, even to his neighbors like the semi-nude, yoga, meditating young women who live next door. 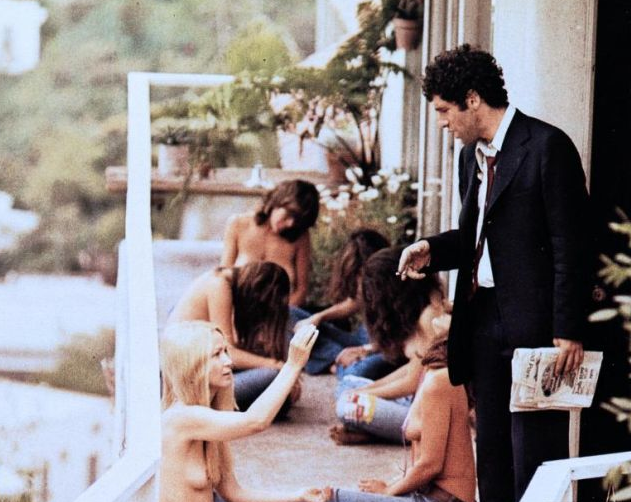 Though it seems at first to have little, if anything, to do with what follows, the opening sequence sets up the pace, style and theme (betrayal by a friend and the consequences that follow) for the entire film. We first see Marlowe in bed, still in his clothes. Its three o’clock in the morning and his cat wakes him up. The cat wants to eat. Out of food, Marlowe goes out to a local all-night grocery store, only to find out they are out of his feline’s favorite brand. He attempts to trick the cat by emptying a newly purchased different brand into an empty can of the cat’s favorite he pulled out of the garbage. As any cat owner knows, this is not going to work. The cat takes off and soon runs away never to be seen again.

We arrive at the center of the story when Marlowe’s friend Terry Lennox (Jim Bouton) ask Marlowe to get him out of town and drive to Mexico. This sets off a series of incidents which leaves Marlowe in trouble with the law, local hoods and just about everyone else he runs into before finding out the truth and his own final resolution.

The film is vintage Altman, if not vintage Chandler. Once you accept that, you are in for a real revisionist ride. Gould is the perfect 70’s hipster-like Marlowe. His dress is sloppy, he mumbles, wise-cracks his way through dangerous situations, constantly smoking a cigarette, and is afraid of dogs. You ask yourself is he dumb or just way too cool. The one trait Marlowe still holds on to from his original incarnation is his loyalty to his friends. And yet, it is this loyalty that gets him in trouble.

There are also a nice array of supporting performances in the mix including Mark Rydell, as the leader of a gang of hoods, Henry Gibson as a phony new-age doctor and especially, Sterling Hayden as a Hemingway like author with Nina Van Pallandt as his long time suffering wife. They all have their own personal agendas and Marlowe, in his clumsy fashion, must make his way through a convoluted maze to discover the truth. Also, look for small walk-ons from David Carradine, Arnold Schwarzenegger and Carl Gottlieb.

Screenwriter Leigh Brackett also had a hand in co-writing the Howard Hawks/Humphrey Bogart version of Chandler’s The Big Sleep. She wrote sharp wise guy dialogue and worked with Hawks in a few films including Rio Bravo and Rio Lobo. The cinematography of Vilmos Zsigmond, who previously worked with Altman on Images and McCabe and Mrs. Miller, adds to the film’s ambiance and sun baked California look. Finally, there is an underrated soundtrack by John Williams.

If this is all too much outré and you like your noir P.I.’s more conventional, a nice alternative to this film is another 70’s Chandler adaptation, Dick Richard’s Farewell, My Lovely with Robert Mitchum.