Here is Part Three in my ten part series of 101 Films to Watch Over and Over Again. More Woody Allen, along with Chaplin, Bogie, Abbott and Costello and Paul Newman. Below are links to the earlier entries in this series.

Woody Allen creates a nostalgic world filled with the lower levels of New York’s show business community he knew so well from his early days as a writer and standup comedian. There is a colorful Damon Runyon like quality to most of the characters. Allen himself plays his classic Woody character,  a more modern version of one of his childhood heroes, Bob Hope. Having seen the waif like Farrow in many films prior to this, her performance here as Tina Vitale, a hard-edged, tough Italian broad is delightfully unexpected. Despite Danny’s “bad luck” with his third-rate clients, he always remains upbeat. Even after being stabbed, figuratively speaking, by Tina, he is still there for his clients come the following Thanksgiving Day. He gathers his odd clientele in his rundown apartment for a holiday meal of frozen turkey dinners. Though the scene plays out as humorous, it is also very touching. Danny cares for and take care of these loveable losers. The film’s ending reconciliation between Danny and Tina is tender, sweet and well after spending an hour and a half with him, you know it’s so Danny Rose…and Woody Allen.

Buck Privates was the comedy team’s second film. It was released in February 1941 with the U.S. was only months away from entering World War II which was already raging in Europe. A&C quickly became one of the top box office attractions during the war and were the number one box office attraction in 1942. Though popular with audiences, Abbott and Costello were never the darlings of the film intelligentsia like The Marx Brothers, even though many of their routines were based on clever wordplay like 7 x13 =28, You’re 40 and She’s 10, Jonah and the Whale,  The Dice Game and their most famous, the classic  Who’s on First? Abbott and Costello, unlike the Marx’s, were seen as low-class. I believe the reason for this was because of where their routines and humor were directed. The Marx Brothers attacked institutions, higher learning, the wealthy, authority and snobs while Abbott and Costello were just two guys trying to get through life, scheming their way, one day at a time. We could accept Groucho as a Professor at a university, but Lou could barely hold a job selling ties on the street. That’s what the boys are doing when this film opens, selling ties on the street. They are quickly chased by the police and soon find themselves in the Army (the draft had just been reinstated). There isn’t much a plot, but you really don’t need one. It’s Lou against the world. The film avoids any mention of the war raging in Europe or the chance of America entering it. Instead it focuses on and emphasizes patriotism with tunes like You’re a Lucky Fellow, Mr. Smith sung by The Andrew Sisters as the boys going marching off to boot camp. The Andrews Sisters are fabulous in this with songs like Apple Blossom Time and the always engaging Boogie Woogie Bugle Boy. Highlight routines include The Dice Game and You’re 40 and She’s 10.

One of Woody Allen’s best! Essentially, a backstage tale filled with artists and gangsters. I do have a fondness for backstage stories so this a perfect fit. There are enticing and fun performances from Diane Wiest, as a Broadway diva, John Cusack, as the playwright who will not compromise his artistic integrity, and Chazz Palmintiri as a low-level hoodlum. Woody blends idealism and cynicism into

Butch Cassidy and the Sundance Kid

It’s 60’s cool, exciting, funny, poignant and charismatic thanks to the superb teaming of Paul Newman and Robert Redford as Butch and Sundance. It a western light, with Newman and Redford as two of the most likable outlaws to ever grace the screen. You never get tired of watching it. 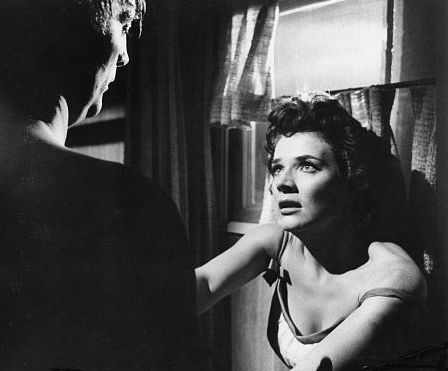 Robert Mitchum’s revenge seeking crazed Max Cady is one of cinema’s great psychopaths.  What makes his performance so effectively terrifying is his laid back style. He’s a relentless, vengeful,  monster that would put fear in anyone’s heart. Cape Fear is a twisted tale that will keep your nails short due to all the biting you will do while sitting on the edge of your seat. Bernard Herrmann’s score is one of his best as is Mitchum’s off-kiltered, heavy-lidded, sexually charged, nasty performance.

The quintessential Hollywood studio film that turned out to be a masterpiece. A timeless work with two icons of the American cinema at their best. The tension builds from two different angles; a wartime thriller and a romance that steams with sexuality. It’s irresistible with a perfect supporting cast and a script jam-packed with memorable lines. 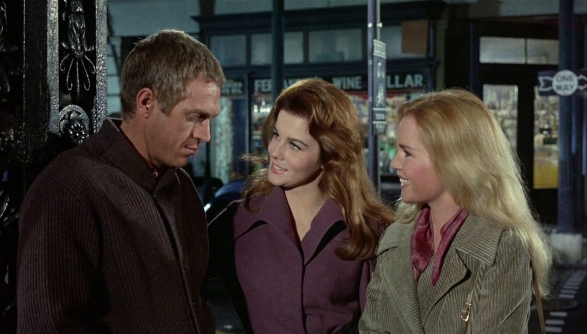 This film is The Hustler with poker instead of pool and Steve McQueen instead of Paul Newman. With McQueen, less is always more. It’s moody, subtle and smooth with McQueen at his coolest. McQueen is generally less effective in films with talky scripts. You can read McQueen’s acting visually. The original director here was Sam Peckinpah, who in 1964, when the film was in production, was best known for his TV work in “The Rifleman” and two low-budget westerns, “The Deadly Companions” and “Ride the High Country.” Peckinpah did not last long. He hired hundreds of extras to film a riot scene that was not even in the script, and additionally filmed an unauthorized nude scene between Rip Torn and a black actress. Production was shut down and Peckinpah was gone. Before he was fired though, Peckinpah fired a young unknown actress by the name of Sharon Tate, who was chosen by producer Martin Ransonhoff and McQueen for the role of The Kid’s girlfriend, Christian. She was replaced by Tuesday Weld. But it’s Ann-Margret’ sexy bad girl who stands out. The film also reunites Edward G. Robinson and Joan Blondell for the first time since their long ago Warner Brothers day. 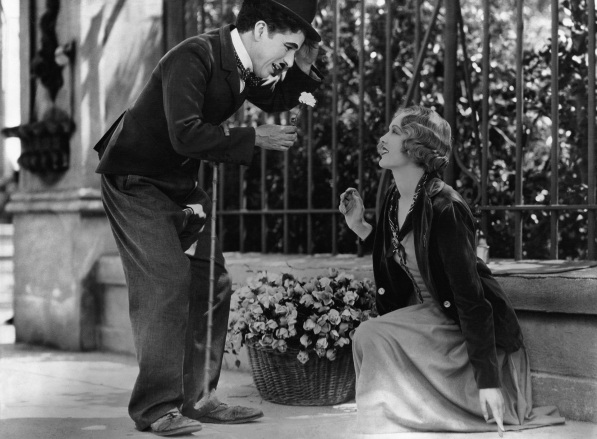 The final scene is one of the most moving and famous in film. You would have to be a block of cement not to be moved. City Lights is Chaplin’s supreme  masterpiece in a career filled with a few. A perfect mix of comedy, social criticism and pathos. No other filmmaker has ever been better at this balancing act. There are few artists whose work remains modern and fresh despite time. Chaplin, like The Beatles and Sinatra,  still feels new and energetic.

Terrance Stamp is creepy, knotted up and hunched over, as Freddy Clegg, the butterfly collecting weirdo in William Wyler’s film version of John Fowles novel.  With his wardrobe, his physical movement and his speech, he comes as across as a deranged, off-kilter version of Stan Laurel and deserves a high ranking in the “celluloid crazies” of Hall of Fame. It’s probably one of the most erotic films to come out while the production code was still in effect. Freddie is so sexually repressed, he can only attempt to touch his captive, a sexy Samantha Eggar, when she in lying in bed unconscious. Later, he tells her he did not take advantage of her. He was respectful.  It’s a creepy, unsettling love story with engaging performances by both Stamp and Eggar. The ending is coldly chilling and unsettling. 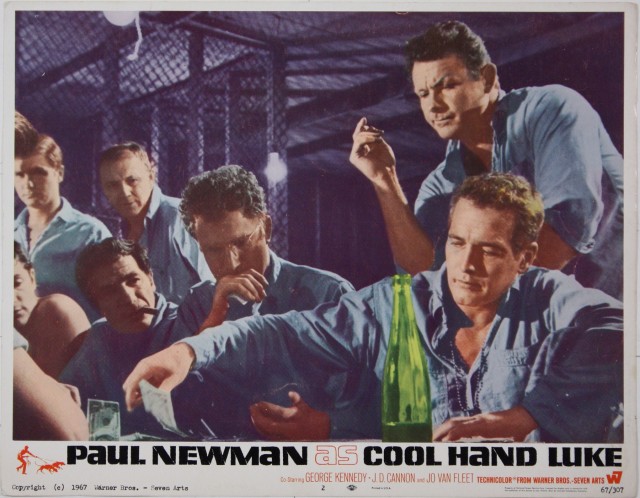 The 1960’s belonged to Paul Newman! With The Hustler, Hud, Hombre, Harper, Butch Cassidy and the Sundance Kid and this film he was also one of the cinema’s greatest actors to portray the anti-hero. It was his walk, his stance, the I’m going my own way attitude. It’s easy to forget how a good a film this is. Newman, who gives one of his finest performances, is magnetic. As Luke, he stands up against, the chain gang’s boss man, refusing to bend to the sadistic treatment becoming a hero  to the other prisoners. Cool Hand Luke  is an ode to nonconformity.

Below are link to the previous entries in this series.