Three Hitchcock films, Roman Polanski and more Woody Allen, Bob Hope, film noir and a truly classic gangster film highlight Part 8. These ten films are a good representation of where my cinematic desires are deepest. If I were to numerically list the films in this series many of them would land in the top twenty-five. 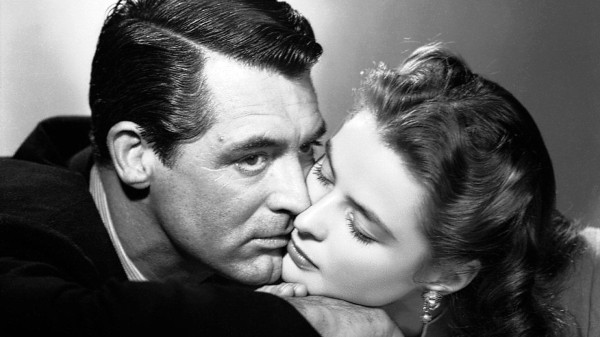 Who ever said Alfred Hitchcock was not a romantic? After all, what could be more romantic than the final scenes in Notorious where we see Cary Grant coming to Ingrid Bergman’s rescue just in time to take her away from the murdering Nazi, Claude Rains. True, for the past two hours Grant forced Ingrid to whore herself  by playing a 20th Century Mata Hari, seducing and sleeping with Rains in order to obtain secret information. He then resents her for agreeing to do this and hates himself for forcing her do it. Yep, no one knew how to treat a woman like Mr. Hitchcock, just ask Janet Leigh in Psycho or Grace Kelly in Dial M for Murder. Notorious is a dark perverted love story. It is also a story of espionage, spies, murder and sex with Grant and Bergman as two of the most glamorous spies this side of James Bond, There’s the 180 degree POV spinning shot of Bergman’s Alicia simulating her hangover after an alcoholic binge the night before. There is a superb crane shot during the reception scene at Sebastian’s home where Hitchcock’s camera begins at the top of the stairs and slowly zooms in and down to first floor continuing to an extreme close up of Alicia’s hand and a key (to the cellar) she is holding. Then of course, there is the famous kissing scene where Hitchcock out foxed the censors with their rule of  “no kisses lasting longer than three seconds” which he managed to make more erotic than the most blatantly steamy scenes we see in today’s films.

Along with My Favorite Brunette and The Ghost Breakers,  The Paleface (and its sequel, Son of Paleface) are Bob Hope at his best. As Painless Potter, Hope shines. True the storyline is on the silly side, but it’s loaded with laughs, and then there’s Jane Russell who other than Dorothy Lamour, may just have been Bob’s best female co-star.

Sam Fuller’s Pickup on South Street is hard-core noir mixed in with cold war paranoia. The film is loaded with tough smart aleck talking guys and dames, no matter what side of the law they are on. Widmark is very good as Skip McCoy, an arrogant small time pickpocket. He’s a three-time loser who accidentally finds himself in possession of a film strip filled with stolen government secrets and sees it as his one chance at a big score. He doesn’t care who he sells the goods too as long as he gets the money. Don’t bother waving the flag or spouting patriotic jingoistic slogans, McCoy is not impressed. Jean Peters in the dame in the middle. As Candy, a former prostitute, unknowingly working for the commies, she is a fully developed, sexy work of female art and also the moral center of the film that eventually leads McCoy on his road to redemption. But it’s Thelma Ritter as Mo who  steals every scene she is in. Mo is a professional snitch. She sells her information to anyone with fifty dollars to spend, saving up for a cemetery plot in order to avoid being buried in Potter’s Field.

Play it Again, Sam is the Woody Allen film that is not really a Woody Allen film, but then again…it really is. Huh? This is just my convoluted way of saying that Woody did not direct the film, but and that is a big but, the script and the play the film is based is pure Mr. Allen.  So why didn’t Woody direct this film? Made in 1972, it was still early in his directing career and “Sam” is more of a character driven script than his previous directorial efforts up to that time (Bananas, Take the Money and Run and What’s Up Tiger Lily). Still unsure of himself, he agreed to have Herbert Ross direct. In the film Allen gets advice from none other than Humphrey Bogart on how to attract women. Bogie tells him, “Dames are simple. I never met one who didn’t understand a slap in the mouth or a slug from a forty-five.” He goes on, “forget about relationships, the world is full of dames, all you have to do is whistle.”  Not the best advice, but Woody created a fun nostalgic romantic comedy that film lovers will especially find endearing.

Despite the sexuality and violence, the film is a fairly faithful rendition of James M. Cain’s steamy lust driven work. Lana Turner is hot looking and would burn the loins of any man. My only problem with Turner is you never really believe she is the wife of an older man who runs a small pit stop diner in the middle of nowhere. She dresses too good and is too well made up. Turner never makes you forget she’s a movie star which is detrimental to  the film as a whole. John Garfield on the other hand as Frank Chambers, a drifter, a wanderer whose going nowhere, is perfect. He is seduced by a beautiful ambitious woman hell bent on going somewhere. From the beginning, you know Frank is doomed, signals are given as soon as you see the “Man Wanted” sign he tosses into the fire when he takes the job at the diner. He is hooked and together they plan their pathetic scheme to get rid of Nick, Cora’s husband (Cecil Kellaway), leading to their doomed destination.

The cast is perfect with Burt Lancaster, Lee Marvin, Jack Palance, Claudia Cardinale, Woody Strode and Ralph Bellamy. The Professionals is a rip-roaring western adventure that does not have a dull moment in it. It’s loaded with thrills and humor. There’s nothing pretentious here, it’s just a slick, in the best way possible, entertaining two hours of adventure. 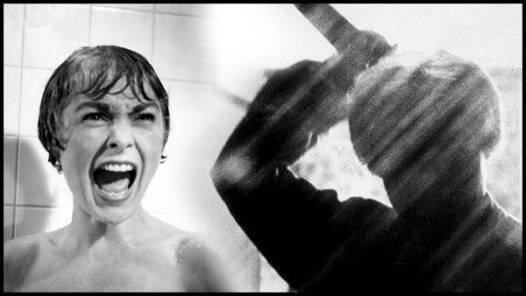 Alfred Hitchcock changed the face of the horror film, along with Michael Powell’s Peeping Tom, in 1960 with the release of Psycho. The film was revolutionary. Hitchcock slyly fought the censors managing to get more sex and violence into one film than ever before, that is at least since the Production Code came into effect in 1934.  But the revolution was not just about sex and violence, Psycho was also ground-breaking in advertising, in sophisticated filmgoers thinking about American film as art and in changing the movie going habits of the public. Psycho did not just break all the rules, it created new ones…and additionally, it scared the pants off you! 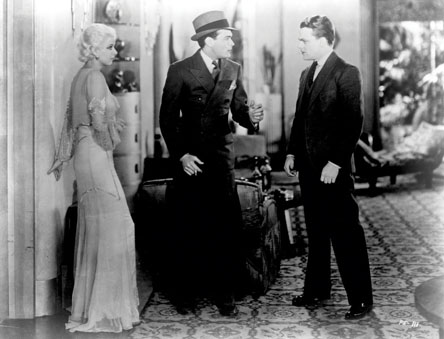 The most famous scene in this seminal gangster flick is James Cagney shoving a grapefruit in Mae Clarke’s face, but there is so much more. Cagney became a star playing Tom Powers, the runt size bootlegger who lives fast and dies young. The Public Enemy remains, all these years later, a tough little gangster film that pulls no punches. And yes, there’s a young Jean Harlow, still not developed, as an actress that is. But this film is all about Cagney’s tough performance as a punk gangster’s rise and fall. Crime doesn’t pay, but it makes for great movie watching.

Not only my favorite Alfred Hitchcock film, but one of my top five films of all time. It’s a brilliant mix, as many of Hitchcock’s films are, of art and commercial cinema. Restricting himself to practically one set, Hitchcock created a visually stunning work. Being a photographer myself, I love films with photography as one of its central themes. James Stewart’s L. B. Jeffries, a Life magazine photographer is wheelchair bound due to an accident and spends his days looking out his big Greenwich Village building bay window at his neighbors. Life is rather dull until he believes he just saw one of the neighbors, Raymond Burr, murder his wife. Once he convinces his model girlfriend, Grace Kelly and his assistant, Thelma Ritter, of what he has just witnessed they foolishly attempt to prove the murder. Many of Hitchcock’s themes are present including Voyeurism, Claustrophobia and Sex. In today’s world or social media, with camera’s and i-phones everywhere, Hitchcock’s prophecy has come true. We live in a world of peeping toms. 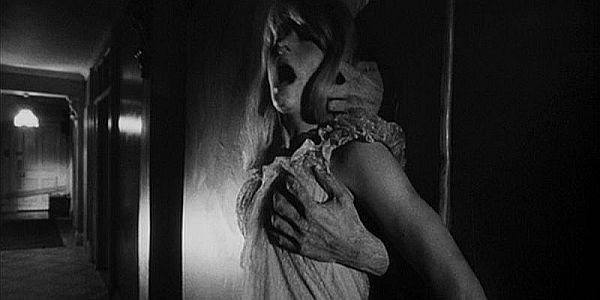 With his first English film, Roman Polanski created a chilling, dreary, atmospheric, psychological thriller. Most the film takes place in small apartment making it intensely claustrophobic. It’s the kind of mood Polanski has used effectively in much of his work (Knife in the Water, Cul-de-Sac, The Tenant, Death and the Maiden).  Many of Polanski’s characters are placed in positions of being outsiders. Rosemary Woodhouse (Mia Farrow) is from the Midwest, now living on the upper east side of Manhattan in Rosemary’s Baby. Trelkovsky (Roman Polanski) in The Tenant is Polish living in France and Dr. Richard Walker (Harrison Ford) in Frantic is an American in France.