More than seventy years after its release, Sabotage remains relevant today. In fact, it is arguably more relevant today, considering the world we live in, than in 1936 when it was first released. Based on Joseph Conrad’s short novel, The Secret Agent, the plot focuses on Karl Verloc (Oscar Homolka), a foreigner from an unnamed country. Verloc owns a local cinema in London and is a member of a terrorist group set on crippling London. His wife, (Sylvia Sidney) is completely unaware of her husband’s underground activities. Living with the couple, in an apartment above the cinema, is Mrs. Verloc’s much younger brother, Stevie (Desmond Tester), whose death in the film sparks its most famous, and most infamous, sequence. END_OF_DOCUMENT_TOKEN_TO_BE_REPLACED

Many actors, musicians and other artists have pursued second artistic careers during or after their main career. Many with a passion for creativity that could not be contained within one art form. Actors have pursued painting, sculpture and photography. Photographers have wanted to expand their art to filmmaking. Sculptures want to paint and painters want to sculpt. Artists of all kinds look to expand their vision though various media. It comes with the desire to create. Below are three actors and one musician who went on to express themselves in the art of photography.   END_OF_DOCUMENT_TOKEN_TO_BE_REPLACED

The final chapter brings eleven films and it’s packed with some good stuff, including James Cagney in one of the greatest screen performances ever. There’s also John Wayne, who after years in small B westerns got his big breakout role. More Hitchcock, Scorsese along with Orson Welles and a few other gems. As this series went on, I realized how many films I left all the list that could have easily have been included. I easily could have made this a list of 250 films. We shall see…My thanks to all who have followed this series!

With this 1939 film, John Ford moved the western from B grade filler status to the A list. He changed his career and that of a young actor named John Wayne. Stagecoach is a riveting ensemble piece that became the prototype of every western that would follow. I have read on-line reviews claiming the characters are all clichés, that maybe in 1939 it was original, but today, it was all so predictable. I think it’s obvious to  say these individuals lack any kind of historical prospective and appreciation. They clog up websites and blogs with uninformed opinions. Made in 1939 or today, Stagecoach is a thoughtful, visually stunning film with an excellent script by Dudley Nichols. The characters, though now archetypes of the genre, are complex. The interplay between them, though seemingly simple, is drawn with a colorful depth. A western masterpiece! END_OF_DOCUMENT_TOKEN_TO_BE_REPLACED 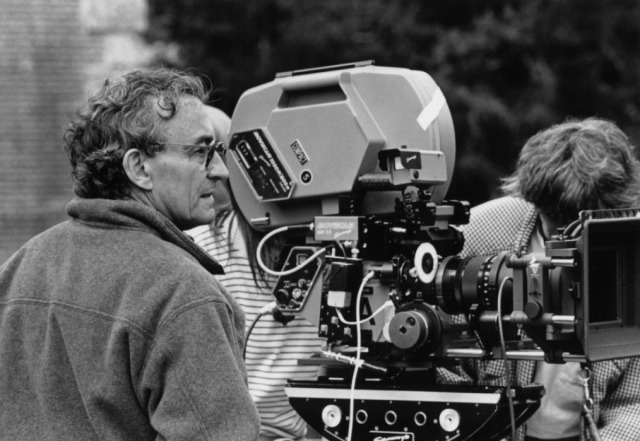 TCM’s recent one night festival of five Louis Malle films gave me the opportunity to revisit two favorites and catch up with a few that I somehow missed in the past. Malle was a director who never liked to repeat himself. Once he explored a subject, he moved on. His work covered drama, suspense, comedy, documentaries and just about every other potential category. One of the original French New Wave, you never knew what he would do next. Malle never shied away from controversial subjects: French collaboration with the Nazi’s during World War II (Lacombe Lucien), child prostitution (Pretty Baby) and Incest (Murmur of the Heart) were all subject matter. What they all had in common was Malle’s artistry for handling these delicate subjects with taste and sensitivity. END_OF_DOCUMENT_TOKEN_TO_BE_REPLACED

Westerns, gangsters and the devil are just few of the treats  in Part 9  of this series. With only one part left, I am realizing how many films I left off the list due to a lack of space. There just wasn’t enough room! In this installment Howard Hawks with two films making the list. Also Polanski. Wilder, Lang and Buster Keaton. 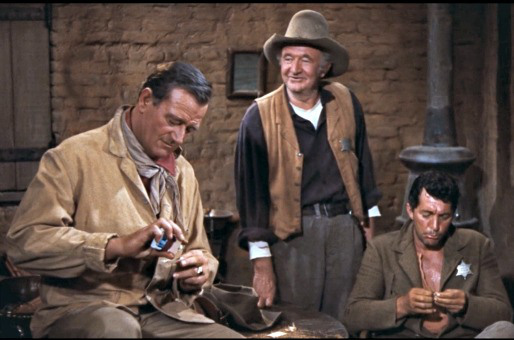 Howard Hawks best western and one of the finest western’s of all time. A perfect blend of wit and action that smoothly flows like a fine glass of wine. Wayne, Martin and Brennan are in full control. Angie Dickinson brings a sassy, sexy allure to her role. If there is a weak spot in the casting, it’s Ricky Nelson, who was brought in to lure teen audiences into the theaters. END_OF_DOCUMENT_TOKEN_TO_BE_REPLACED