The final chapter brings eleven films and it’s packed with some good stuff, including James Cagney in one of the greatest screen performances ever. There’s also John Wayne, who after years in small B westerns got his big breakout role. More Hitchcock, Scorsese along with Orson Welles and a few other gems. As this series went on, I realized how many films I left all the list that could have easily have been included. I easily could have made this a list of 250 films. We shall see…My thanks to all who have followed this series!

With this 1939 film, John Ford moved the western from B grade filler status to the A list. He changed his career and that of a young actor named John Wayne. Stagecoach is a riveting ensemble piece that became the prototype of every western that would follow. I have read on-line reviews claiming the characters are all clichés, that maybe in 1939 it was original, but today, it was all so predictable. I think it’s obvious to  say these individuals lack any kind of historical prospective and appreciation. They clog up websites and blogs with uninformed opinions. Made in 1939 or today, Stagecoach is a thoughtful, visually stunning film with an excellent script by Dudley Nichols. The characters, though now archetypes of the genre, are complex. The interplay between them, though seemingly simple, is drawn with a colorful depth. A western masterpiece!

Strangers on a Train 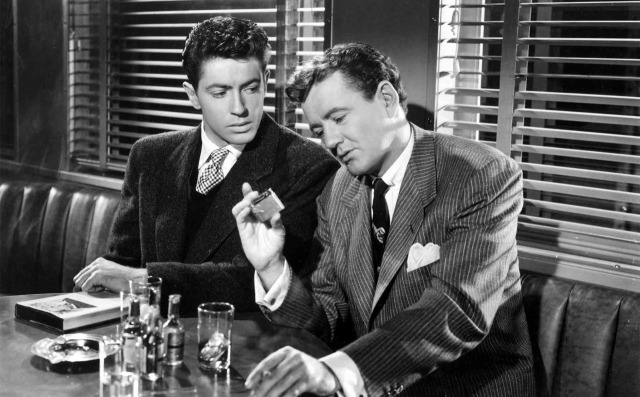 A classic thriller that will keep your nail biting going at a full speed. Based on Patricia Highsmith’s first novel, Strangers on a Train is an amoral tale of tit for tat murders. Robert Walker’s Bruno Anthony is a psychopath who during  a train ride reveals to tennis star Guy Haines (Farley Granger) he wants his father dead. After Guy let’s it be known he wants to divorce his wife, Bruno suggest a plan that would rid both men of their respective problem. The two make for an odd couple, one weak, one crazy. The circus carousel  scene where a worker crawls underneath an out of control ride in an attempt to shut it down while Bruno and Guy are in involved in a battle is a cinematic highlight. The film ranks up there with Hitchcock’s best! 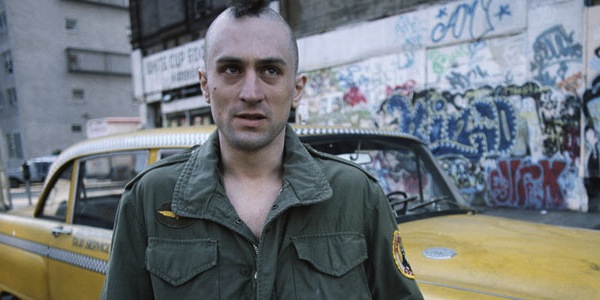 An extraordinary film about modern day urban alienation. De Niro’s Travis Bickle is a study of a paranoid, obsessive, intolerant racist; a lost soul who is on the edge of destruction. He’s a loser who sees himself as some kind of  demented savior. Taxi Driver had a hard time getting made back in the mid-1970’s.  Today, in the world of hundred million weekend openings it would be impossible.

The opening is one astounding continuous long running brilliant shot. It’s a spectacular beginning to one of the most interesting film noir’s ever made. Touch of Evil is also my own personal favorite Orson Welles work. It’s low budget filmmaking that cannot be beat. Released on the top half of a twin bill, at least in New York, the film played at theaters around the city for only four days; scaled back to one theater for another three days and then quickly disappeared. Orson Welles as Hank Quinlan is an unkempt, overweight, beastly looking character. Visually, Welles made himself grotesque by placing the camera at a very low angles to emphasizes his character’s bulk. In one scene, we see Quinlan lifts he massive body up and out of a car, getting the full brunt of his size and hideous unkempt clothes right in our face. If there is a weak link in the film, it’s Charlton Heston playing Vargas, the Hispanic detective. Can anyone really believe Heston as Hispanic? Touch of Evil is a dark dirty, gritty noir.

An outrageously funny comedy filled just the right amount of sophistication and sophomoric Animal House style humor (well it was directed by John Landis after all!). A breezy satire that hits at the financial shenanigans of the Reagan era (and are no different today). Sure it’s contrived, but the writing is good and Eddie Murphy and Dan Ackroyd are scene stealers at the top of their game. On top of that, it’s takes place at Christmas time and there is Jamie Lee Curtis. 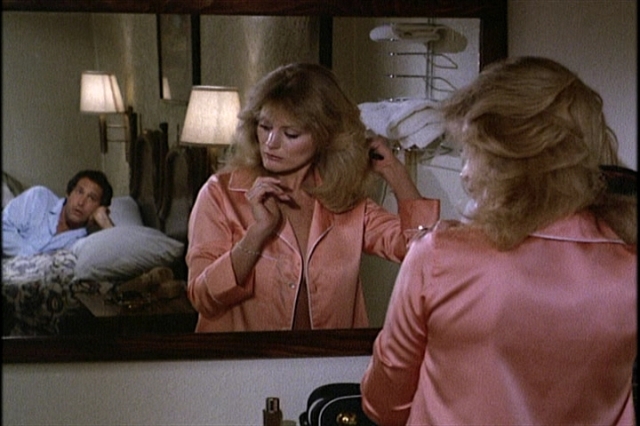 This is Chevy Chase at his best. There’s a throwaway kind of craziness to the film that, while way off the wall, many may find familiar in their own family vacations gone wrong. The Griswald’s have become an American treasure of sorts with a series of sequels, but this film remains the best. 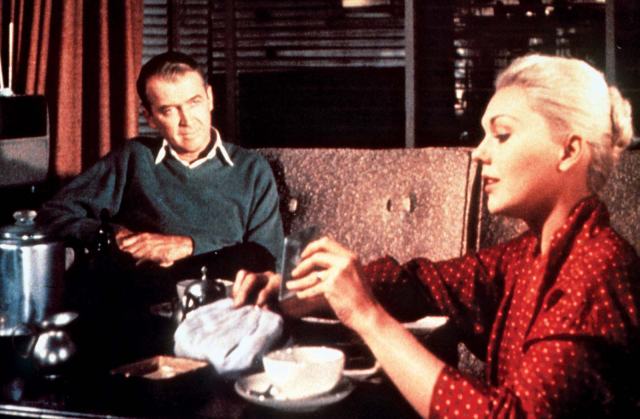 Vertigo is an erotically charged masterpiece. Then what Hitchcock film isn’t? A single minded tale of male obsession.  Scottie Ferguson (James Stewart) is obsessed with Judy Barton (Kim Novak), a dowdy looking woman who bears a striking resemblance to the wife of a friend. The friend had asked Stewart to follow his wife, fearing she will commit suicide. And she does when she climbs up a church tower. Stewart’s acropboia kicks in and he cannot save her. He then meets Judy Barton and like Dr. Frankenstein, he wants to recreate. Vertigo is Hitchcock’s most complex film, one that demands multiple viewings. 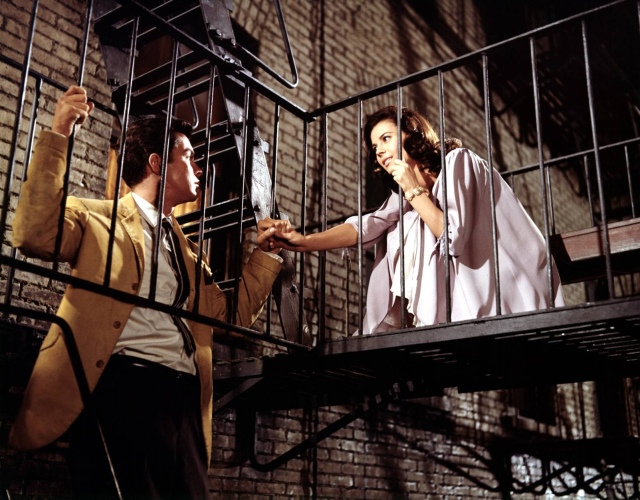 The first time I saw West Side Story was at the Rivoli theater on Broadway. It was a roadshow engagement; only two shows a day. I was young, and managed to convince my parents  we had  to see it! Tickets were bought in advance, as they had to be for these sold out performances. We even got dressed up. That’s what you did back in those days. The film just blew me away. Months later, after the film began to spread around the city in smaller theaters I went and see it at least three more times. I bought the soundtrack and played it continuously, just about wearing the vinyl out.  Over the years, I have lost count on how many times I have seen the movie, but it remains one of my top three musicals of all time. Sure Richard Beymer was a bit stiff and Maria should have been played by a Hispanic actress, but putting all that aside, West Side Story is  remains one of the best filmed adaptations of a Broadway musical ever made.

Billy Crystal as Harry says it all here – “I love that you get cold when it’s 71 degrees out. I love that it takes you an hour and a half to order a sandwich. I love that you get a little crinkle above your nose when you’re looking at me like I’m nuts. I love that after I spend the day with you, I can still smell your perfume on my clothes. And I love that you are the last person I want to talk to before I go to sleep at night. And it’s not because I’m lonely, and it’s not because it’s New Year’s Eve. I came here tonight because when you realize you want to spend the rest of your life with somebody, you want the rest of your life to start as soon as possible.” Along with Annie Hall, it’s one of the great modern day romantic comedies. 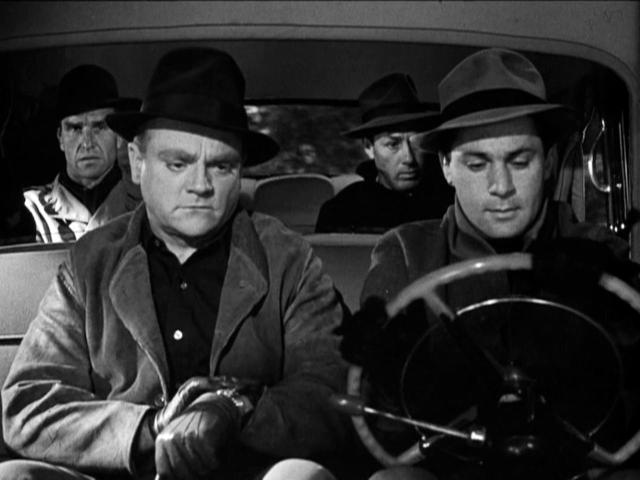 James Cagney returned to gangsterland in 1949’s White Heat. It’s a film that explodes off the screen. As Eddie Mueller points out in Dark City, Cody is not a classic gangster,  but an outlaw. It’s an important difference.  Arthur “Cody” Jarrett was not a victim of growing up in the slums of a big city like Tom Powers in The Public Enemy,  He was not a war veteran returning home to the depression era and high unemployment as Eddie Bartlett did in The Roaring Twenties.  Nor was Cody part of a criminal organization.  Jarrett instead is a cruel, psychotic, homicidal maniac. And a mamma’s boy. A cinematic brother  to Richard Widmark’s Tommy Udo or Lawrence Tierney’s Sam Wild.  Whether he shoots holes into the trunk of his car “to give some air” to fellow prison, and escapee, who attempted to kill Jarrett in prison, or shoots Big Ed (Steve Cochran); gleefully kicks him down the stairs, Cody is cruelly vicious and unstable. As portrayed by Cagney, he is magnetic, one of the great performances of all time. You cannot take your eyes off him.

Mel Brooks best film and a fabulous tribute to Universal’s monsters of yesteryear. The gags come at a rapid fire pace. If some miss here and there, it doesn’t matter, another is right behind it. Gene Wilder makes for a great Dr. FRONK-en-STEEN, and the rest of the cast are all superb.

If you would like to check out earlier entries in this series, please go to the CATEGORIES drop down on the side bar and look for 101 Films to Watch Over and Over Again.