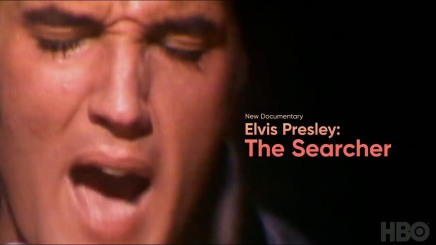 The new HBO documentary, Elvis The Searcher, sets itself apart from so many other takes we have seen on the man. True, it is was authorized by the Presley estate, Priscilla Presley is one of the producers, and they do tread lightly on his “legal” drug use, and there is no mention of other women. That all said, the film takes a mostly honest look, a discourse, at Presley’s life and his place in the history of popular culture. Since his sad final years, his death and his afterlife, Elvis has become something of a laughing stock,  known more for being a fat, pathetic, over the hill, jumpsuit wearing laughing point than the pop culture subversive artist he was. The documentary attempts to correct this by putting Elvis, his talent, his revolutionary influence back in its proper perspective. It’s also, intentionally or not, a look at the sad failure of the American Dream. 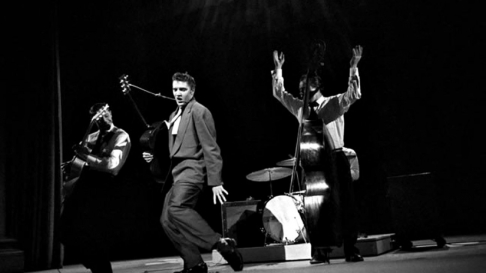 The young Elvis was a sponge soaking in music from gospel (black and white), country, and blues to the standards of the day. We see not just Elvis, but the evolution of American music and how it all came together. The young boy in the center of what would be a revolution; dirt poor, and far from worldly, got swept away in the storm. A carny huckster and the death of his beloved mother did not help.
Tom Parker, the so-called Colonel, brought Elvis from a regional sensation to a national phenomenon, however in the process cheapened him into a product to, i.e., one bad movie after another followed by one lousy soundtrack after another. Elvis the artist and the man, got lost along the way. Utimately, his later life was destructive and sad.
The filmmakers nicely use his ‘68 Comeback special as a focal point. It was a return to his roots and his art; some of his best recordings would follow, but sadly soon after, it was the beginning of the end. Overall, this is an excellent take on Elvis Presley, the singer, the artist and the man at the center of a cultural revolution.