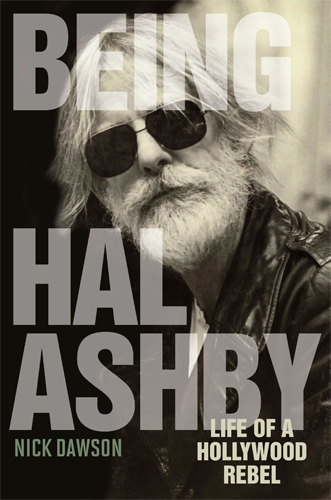 Hal Ashby fought the Hollywood system and throughout the 1970’s he won. At the top of his career with films like “The Last Detail”, “Harold and Maude”, “Bound for Glory”, “Shampoo”, “Coming Home” and the decade ending “Being There.” Ashby was one the most prolific and best directors of the ‘70’s then came the 1980’s and a downward spiral that lasted until his death in December 1988.  What happened? Well, on the surface, Ashby, Hollywood’s hippie director, known to smoke a lot of weed and use cocaine on occasion could easily be classified as another drug burn out. Most people seem to think that is what happened and the studios pretty much encouraged that line of thinking. After reading Nick Dawson’s recent biography “Hal Ashby: Life of a Hollywood Rebel”, you come away with the conclusion that yeah, Ashby used drugs but he was not a cocaine addicted druggie and drugs never got in the way of his work.  He was a consummate professional who lived, breathed, and died for his films. More so than his five ex-wives, and one child who he never could bring himself to know, Hal Ashby’s films were his family.

Ashby’s early life was marked by the suicide of his father, which he could never confront and would haunt him for the rest of his life. He would become the father that was not there and he buried himself in his work. Dawson details his years of apprenticeship as an assistant film editor working which such greats as William Wyler and George Stevens both who he came to admire and wanted to emulate. His big break came when he began working with Norman Jewison who became his mentor and good friend. It was Jewison who gave Hal his first break as a director with “The Landlord”, a film that would give him his film identify, as a purveyor of protagonists who were outsiders. It was 1970 and it was his decade. The cult classic “Harold and Maude” followed and then came “The Last Detail” with Jack Nicholson and more uses of the “F” word than anyone had heard before on screen. Ironically, of all the films he made in the 1970’s, his biggest hit, “Shampoo” was the one film of the decade that did not reflect his personality. It was the first time Ashby felt like a hired gun. The film was the brainchild of Warren Beatty and screenwriter/director Robert Towne, two strong personalities who would force their way into getting the film made with their vision. They were the big Hollywood guns and had the power. For Ashby, it was an artistic set back; still he had plenty of glory ahead with his next few films. 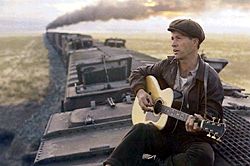 Ashby did not trust the moneymen, the suits but for the next few years, he would work well with the ones he met like Jerome Hellman who produced “Coming Home.”  After making the film version of “Being There” in 1979, this would all change. Ashby’s work in the 1980’s took a spiraling fall downward, a combination of bad decisions and bad bosses.  Films like “Lookin’ to Get Out”, which he did as a favor to Jon Voight  and “Second-Hand Hearts” were plagued by  bad scripts and Ashby’s relenting drive to continuously edit and re-editing the films trying to find a way to make it work. Overrun budgets, unfriendly executives, bad mouthing, and multiple projects put into turnaround all contributed to his decline.  Ashby found himself with less and less control. The suits were running the insane asylum. With the “The Slugger’s Wife” one of Neil Simon’s worst scripts producer Ray Stark enforced Simon’s contract that his script could not be changed, unless Simon rewrote which he continuously did during the production. Ashby, who liked to have his actors improvise, found this stifling, unfortunately, he had no recourse; after all, this was Neil Simon. It seemed like an unlikely, pairing Ashby and Broadway Neil Simon, and best said this is one film to avoid.  His films were book ended by Bridges, Beau and Jeff.  Beau starred in his first directorial effort and brother Jeff worked on his last feature “8 Million Ways to Die.”

To the end of his life, Hal Ashby reciprocated what Norman Jewison did for him by becoming a mentor to young new talent, and lived a life where his films were everything. To the very end, his philosophy was “never sell out.”