Long before video became the standard home format for movies taken by family of loved ones, friends, and maybe even of some gory accidents you happen to come across that may make it on the local news, there were 8mm home movies. One of my uncles was the first in the family to have an 8mm camera which he purchased around the time of the birth of their first child and my cousin. We lived near each other and subsequently I made it on to the grainy screen in quite a few of the 50 foot reels. While most of the movies were dedicated to family there were a couple of minutes of celluloid my uncle shot that had nothing to do with family. This was way back in the 1950’s and they were dismantling the 3rd Avenue El, the last of the above ground subways to run in Manhattan. My uncle shot some footage and its amazing footage to watch of a New York City now long gone. END_OF_DOCUMENT_TOKEN_TO_BE_REPLACED 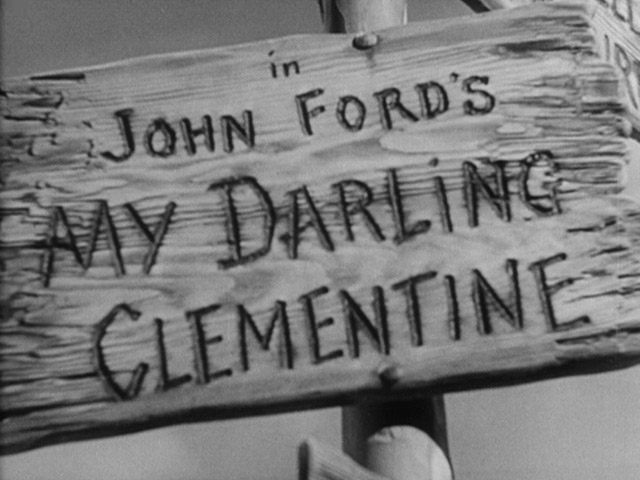 In John Ford’s 1962 late career masterpiece, “The Man Who Shot Liberty Valance” there’s a line quoted by the town’s newspaper editor, Maxwell Scott, “This is the West, sir. When the legend becomes fact, print the legend.” And that’s just what John Ford was best at, recording the west not as it was, but as more of a mystical fable of how we want the west to be best remembered. Ford and his screenwriters play loose with the facts, still it is one of the most visually stunning of westerns, a black and white canvas of the west as it never existed, but we all wish it had.

Earp’s career has been idolized, revised and sanitized many times over. He was only a lawman for about eight years, and in Tombstone, it was Wyatt’s brother Virgil who was the Marshal with Wyatt and Virgil his deputies.(1) Not to bore you dear reader with the facts, but neither Doc Holliday nor Pop Clanton died during the short thirty second battle. Wyatt actually met Doc Holliday in Dodge City back in 1876 five years before the O.K. Corral shootings.  When they left for Tombstone, John “Doc” Holliday followed. If you want a somewhat more realistic, though still not totally accurate, version of what happened back in 1881 at the O.K. Corral and its aftermath, check out John Sturges “Hour of the Gun.” Oh yeah, a couple of other things, when Wyatt visits the grave of the youngest Earp, James who was killed by the Clanton’s early in the film, his tombstone reads he died in 1882 instead of ’81 when the shootout occurred. And as for Clementine Carter, well she is a purely fictional character. END_OF_DOCUMENT_TOKEN_TO_BE_REPLACED