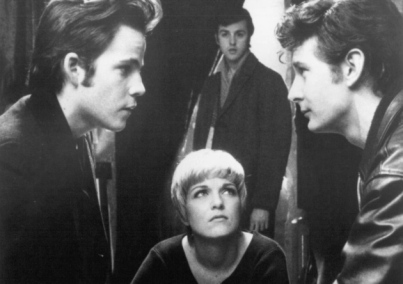 Backbeat is not just another Beatles biopic; it’s more of an intimate story of friendship, love and ultimately death. The film’s focus is not on the rise of the group’s fame but, more on the triangular relationship between German photographer Astrid Kirchherr, Stu Sutcliffe, the original fifth Beatle, and John Lennon.

The years were 1960 to 1962. Stu Sutcliffe (Stephen Dorff) is an art student, a talented painter with sensitive, good looks, a James Dean aura and a rock and roll heart. He also has a best friend by the name of John Lennon (Ian Hart). Lennon’s ragtag band then consisting of Paul McCartney, George Harrison and Pete Best were on their way to Germany to perform along the Reeperbahn district. Stu played base and was in the band due to John’s insistence and Stu own loyalty to his friend. END_OF_DOCUMENT_TOKEN_TO_BE_REPLACED